The Brushy Creek Trail is a 13-17 mile loop through a small part of the Roger Pryor Pioneer Backcountry, a part of the Pioneer Forest – the largest chunk of private property in Missouri at about 160,000 acres.  The trail heads west from the Himont trail head.  If you go east two miles through Laxton Hollow instead, you’ll hit the Blair Creek section of the Ozark Trail.

I spent the weekend there with a group from the Adventure Club.  It’s by far the most wild-feeling place I’ve been to so far.  There is so little use of this area that in most places there isn’t even a visible trail – you just follow the blazes on the trees from point to point.  That made things more interesting but also slowed our pace as we worked through the underbrush and over (or around) downed trees.  Complicating matters was unseasonable heat – around 80 Friday & Saturday and 85 Sunday.

Further complicating things was the lack of a decent trail map.  The trail has apparently undergone a few reroutes since the brochure was published.  It takes a very different path along the north and west than hinted-at in the brochure.  It may also be closer to 17 miles than the claimed 13 miles.  There is a map posted at the Himont trail head but you can’t exactly take that with you and you can’t even get a good photo of it because of all the dirt and scratches on the plastic covering it.  Okay, whining finished. 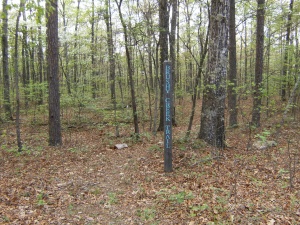 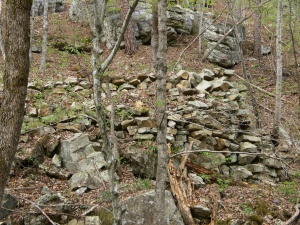 That pile of rocks in the center supported one end of a bridge for a railroad that used to run through the area. 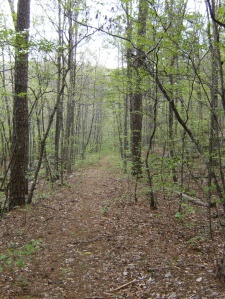 This part of the trail follows the old railroad bed. Unlike the rest of the trail, this had a gentle slope with a well-defined tread. 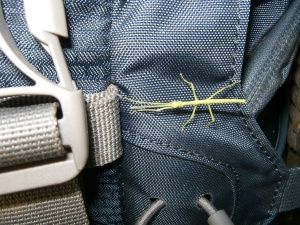 A tiny walking stick apparently got tired of walking and hitched a ride. 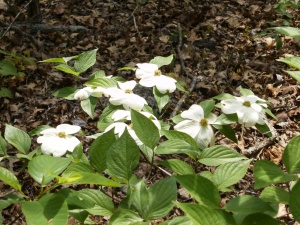 The dogwoods were plentiful and in full bloom. 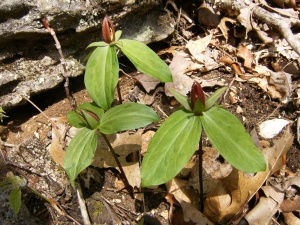 Wake Robin (aka Trillium) were abundant. I only saw one of these all of last spring - I was apparently looking in the wrong place! 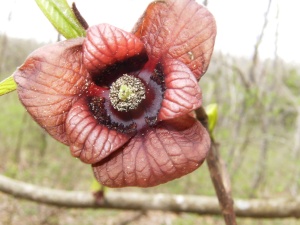 Pawpaws were blooming too. Such a cool flower. 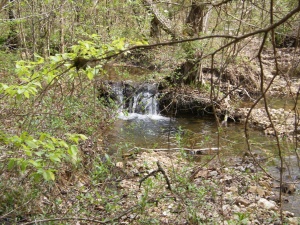 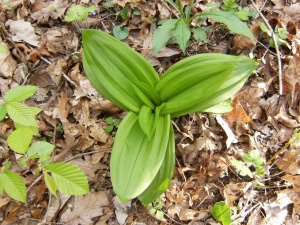 I don't know what this is yet. This specimen is about 8" in diameter. 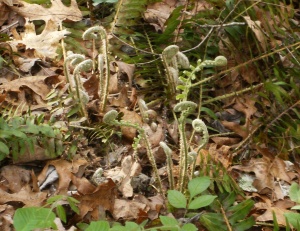 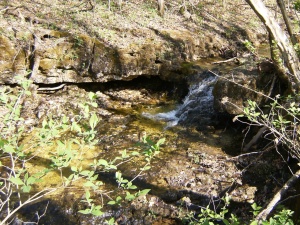 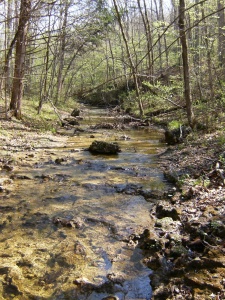 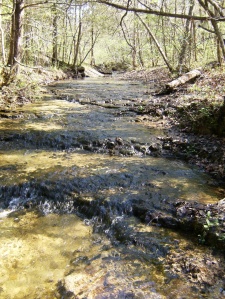 I will definitely be back, though in cooler temperatures.  There is a camping area at the trail head so I would probably drive down in the evening and camp there to get an earlier start in the morning.  I was a bit disappointed that we didn’t see Bee Bluff or the Current River so those are on the itinerary next time.  It would also be interesting to add a couple days to the trip to explore further west on the Big Creek Trail into the “Ed Woods area”.